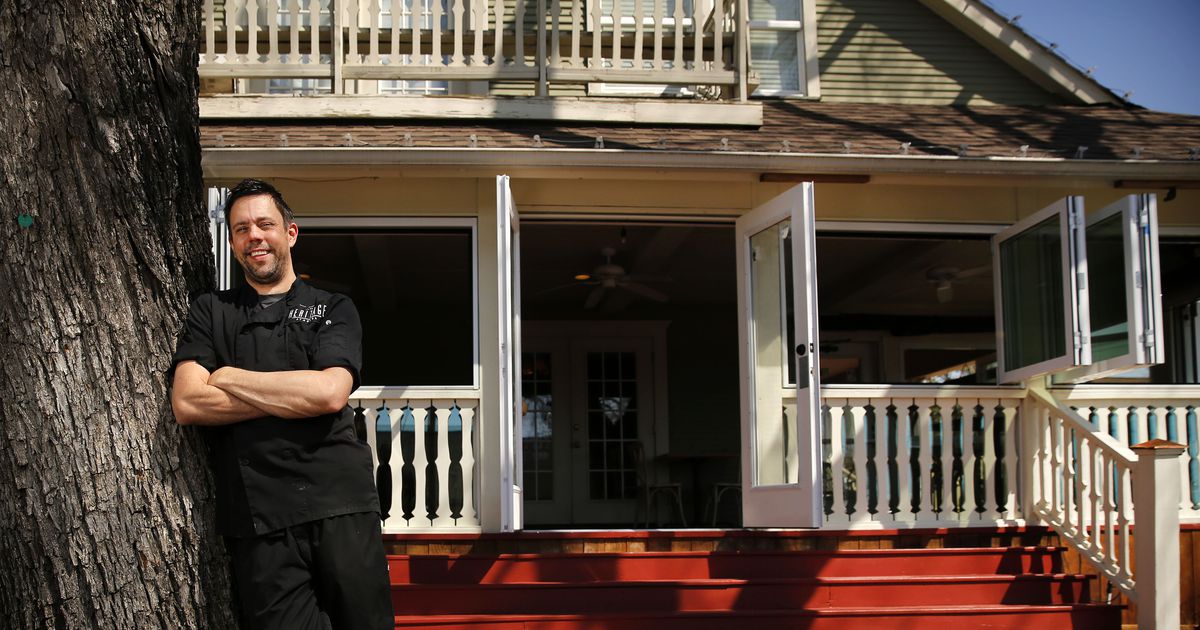 After “hemorrhaging money for a year” during the coronavirus pandemic, Dallas-Fort Worth restaurateurs like Rich Vana are finally feeling comfortable enough to reopen their businesses. The Heritage Table in downtown Frisco will re-emerge as a cautious copy of its former self, albeit a little war-torn.

The Heritage Table closed in March 2020, reopened in May, closed again in November, relaunched as a sandwich shop, closed a month later, then stayed dormant while Vana and his team waited. Nervously.

The Heritage Table is one of several beloved Dallas-area restaurants that closed for several months or more. It could have been a life-threatening choice, to hit pause on operating a restaurant while other businesses in town continued to serve. But Vana was worried about his employees getting sick, and he understood that his patio wasn’t conducive to cold-weather seating during a pandemic.

As he looks forward to reopening, Vana has first-day jitters — a sign of rebirth that makes him feel like the “old days,” pre-pandemic, are back.

“I have butterflies,” he says. “Every Friday and Saturday night [when the restaurant was new], I would get butterflies.”

“I have that feeling again, and it’s great,” he says.

Here’s a look at five restaurants and bars in Dallas-Fort Worth reopening after hundreds of days of being closed.

The original Twisted Root in Deep Ellum closed March 17, 2020, the day dining rooms shut down because of the coronavirus pandemic. All of the Twisted Roots in North Texas closed that day, and former owner Jason Boso filed for Chapter 11 bankruptcy protection soon after. In an interesting twist for the Twisted Root group, Local Favorite Restaurants acquired it in December 2020. (You know that company, most likely, because it owns and operates El Fenix, Snuffer’s burgers, Village Burger Bar and more.) Of the nine Twisted Roots in Dallas-Fort Worth, several opened in February or March. A handful of Twisted Roots in other cities, like Coppell, Bedford and Mansfield, are expected to reopen in May or June. But the most iconic one — the one featured by Food Network star Guy Fieri on Diners, Drive-Ins and Dives — is the original, on Commerce Street in Deep Ellum.

For a time, it was unclear whether downtown Dallas cocktail bar Midnight Rambler would ever reopen. The bar is insular and sexy — not the type of place we were encouraged to gather in the throes of a pandemic. The lights had been out for more than a year, but the bar has now reopened at limited capacity and is seating guests via walk-ins and reservations. The operators snagged bar man Gabe Sanchez, formerly of Black Swan Saloon, as Midnight Rambler’s general manager. “It’s a place to escape for a little bit — and reconnect,” Sanchez says, feeling energized. “You don’t realize how well you get to know people, and then you don’t see them for a year.”

Sanchez looks back on a troubling year — one that saw the death of his beloved Deep Ellum bar and the rebirth of this popular cocktail den. Midnight Rambler has become a new meet-up spot for Black Swan regulars looking for a home, he says.

in the Harwood District

For years, Saint Ann in the Harwood District had one of the best restaurant patios in Dallas, boasting a charming, chic place where you might just spot a celebrity. It was closed for nearly a year, during which the dining room was renovated and the menu was refreshed. Executive chef Taylor Kearney combines Pacific Northwest sensibilities with Texas ingredients at the relaunched Saint Ann. Menu items include salmon with pork belly; a short rib brisket cheeseburger with mayo-based Samurai sauce; and a chicken-fried rib-eye. The wine list — always interesting — includes plenty of options by the glass from Washington state, Oregon and Texas. Brunch includes fun splurges like doughnuts with sprinkles, French toast with pecan gelato, and lobster waffles.

While some restaurants settled in for a quiet winter’s nap, Serious Pizza saw a flurry of activity during the 11 and a half months it was closed. The longtime pizza shop in Deep Ellum was acquired by Milkshake Concepts, the company that owns neighboring Deep Ellum restaurants Stirr and Vidorra. Soon, their upscale restaurant Harper’s and their relocated nightclub Citizen will also open in the neighborhood — which means Deep Ellum bar-hoppers can do dinner, drinks, dancing and DJing, all at CEO Imran Sheikh’s spots, and then finish with late-night food at Serious Pizza. (It’s open until 3 a.m. on weekends.) Sheikh loved the history of Serious Pizza but says it was “lacking something in engagement and character” when he took it over. What has reemerged is a familiar pizza joint, freshened up. Expect more Serious Pizzas to pop up around town.

While The Heritage Table in downtown Frisco has technically been closed since just November 2020, the entire year was a series of closures and mulligans for chef-owner Rich Vana. The restaurant closed for several months, starting in March. Then Vana tested out a pared-down menu with “boards” for guests to enjoy. “It worked for a while,” Vana says. That seemed to be the theme: When winter approached, Vana worried that his patio wouldn’t feel comfortable enough for guests, so he closed the restaurant just a few days before Thanksgiving. Then he reopened a side project named The Impractical Sandwich, which “worked for a while”: a month.

“The response was huge, it was great. But, logistically, it wasn’t perfect,” he says. They sold sandwiches to 50 people a day — people who seemed thrilled to get a taste of Vana’s food in a different setting. But after a month, the numbers didn’t add up. “It just needed to sell a tremendous amount of sandwiches to make sense. We were only selling a lot of sandwiches.”