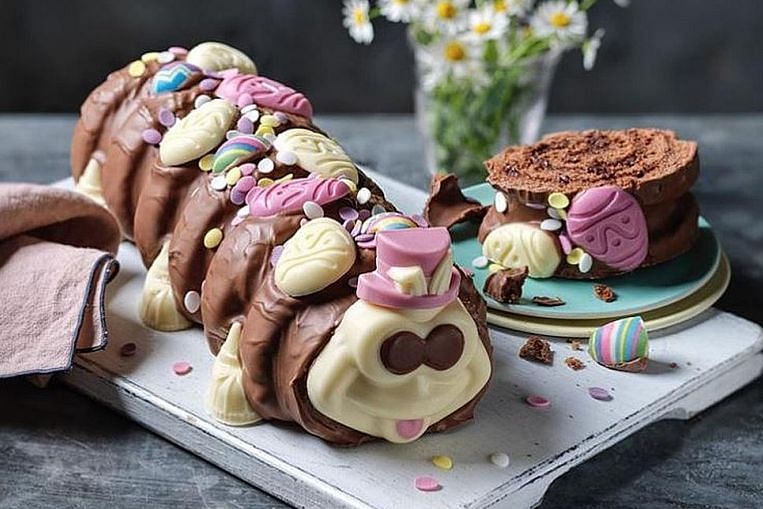 LONDON • It is one of Britain’s more unusual legal wrangles, involving a chocolate cake in the shape of a caterpillar and two of the country’s best-known retailers.

Marks and Spencer (M&S) has threatened its cheaper supermarket rival Aldi and the high-street giants have traded barbs on social media.

It argued that the German supermarket chain Aldi was misleading customers with its “Cuthbert” cake, which is also sold in green packaging, and wants it to desist from further sales or similar products.

Aldi on Tuesday urged M&S to drop the legal action, tweeting: “Can Colin and Cuthbert be besties?”

It defiantly vowed to sell a limited-edition version of the cake to raise funds for cancer charities.

M&S tweeted back: “We just want you to use your own character”, proposing “Kevin the Carrot Cake”.

Many have pointed to the legal claim’s selective nature, given that at least six other British supermarkets sell caterpillar cakes similar to the M&S one, while Aldi’s version is the cheapest.

Aldi suggested on Tuesday that all the supermarkets selling similar cakes – with names such as Curly, Clyde, Charlie, Morris and Wiggles – should work together to “raise money for charity, not lawyers”.

Supermarket chain Waitrose tweeted that its Cecil cake was a “caterpillar of the community… count us in!”

It also posted an image of Cuthbert behind bars.

The Colin cakes have been in production since 1990, The Financial Times reported.

The broadsheet quoted legal experts as saying the case hinged on whether Aldi’s roly-poly birthday treat was close enough to the M&S product to confuse customers.