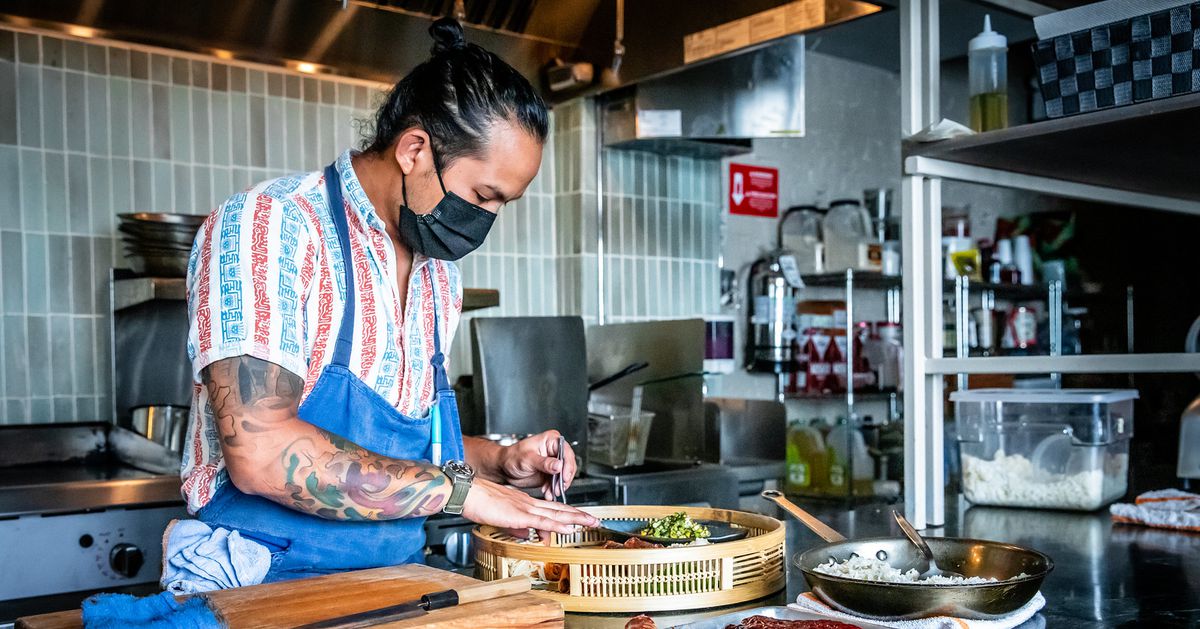 Now that indoor dining has returned to Chicago and hibernating establishments have begun to reopen their doors, bar and restaurant pop-ups have also begun to reemerge across the city. Follow along for a sampling of the best the city has to offer in Eater Chicago’s pop-up round up.

Have a pop-up that should be listed? Email them to [email protected]

Ukrainian Village/Logan Square: Super-popular bakery and Filipino restaurant Kasama will team up with the busy folks at Big Kids on March 25 (at Kasama) and April 1 (at Big Kids) for mysterious pop-up. Operators promise on Instagram that “things are gonna get weird…” but haven’t yet announced a theme or menu details. March 25, Kasama, 1001 N. Winchester Avenue; April 1, Big Kids, 2545 N. Kedzie Boulevard.

West Loop: Laotian-American pop-up dinner series Sao Song will return this weekend, this time at El Che Steakhouse & Bar, according to an Instagram post. Chef Andy Sisomboune (Nico Osteria, Pacific Standard Time) founded Sao Song in 2008 and in the years since has popped up with the series all over the city. From noon to 6 p.m. on Saturday, he’ll feature a $24 prix fixe meal with crispy chicken wings, kabocha squash laab, bamboo stew, and more, plus a few a la carte items and cocktails for two. March 20, El Che, 845 W. Washington Boulevard.