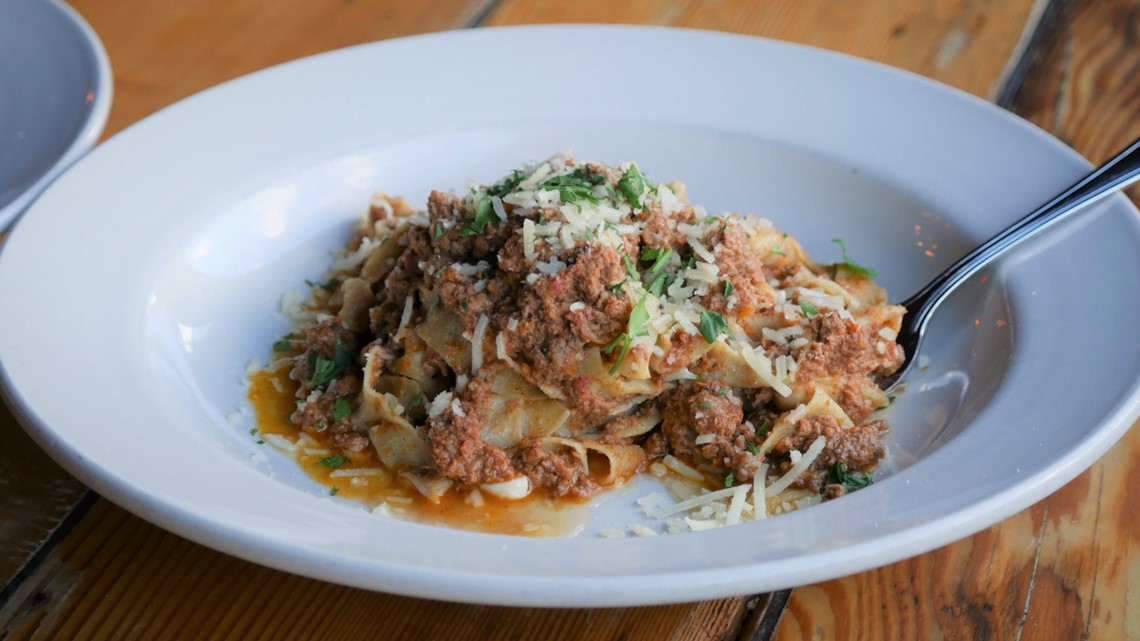 Pair a takeout meal from Bizzarro Italian Cafe with a streaming screening of ‘Moonstruck’. #k5evening

WHITE CENTER, Wash. — Doorbell Dinner and a Movie pairs a local restaurant that serves great takeout with a good movie you can stream at home, recommended by a Seattle film expert or a member of Team Evening.

For dinner, might we suggest classic Italian food in White Center, at Bizzarro Italian Cafe?

“Bizzarro Italian Cafe started in 1986,” says co-owner Jodi-Paul Wooster. “A chef straight from school built it in a garage…and a huge array of people have come in since then.”

Bizzarro has grown since 1986 – it now has two locations. One in Wallingford, and one in White Center. They serve classic, comforting Italian food.

Popular dishes include the elk Bolognese, made with Oregon-raised elk and Bizzarro’s house-made pappardelle pasta, and the Forest Floor Frenzy, a creamy pasta dish for mushroom lovers.

And the 1987 romantic comedy Moonstruck also has classic Italian flair.

37-year old widow Loretta Castorini, played by Cher, is engaged to her boyfriend, Johnny Cammareri – but when she starts to fall for his estranged younger brother, played by a young Nic Cage, things get complicated. As we Italians say…that’s amore!

Moonstruck was directed by Norman Jewison and written by John Patrick Shanley, who went on to direct Joe Versus the Volcano and Doubt.

Both Moonstruck and Bizzarro Italian Cafe have a charming weirdness about them – if you swing by Bizzarro to pick up food, make sure to check out their unique artwork collection.

The movie is available for streaming on a number of video-on-demand platforms.

Bizzarro Italian Cafe is open seven days a week from 5pm to 8pm.

“Are we drawn to weirdness, or is weirdness drawn to us?” Wooster asks. “That’s the question we have to ask ourselves.”