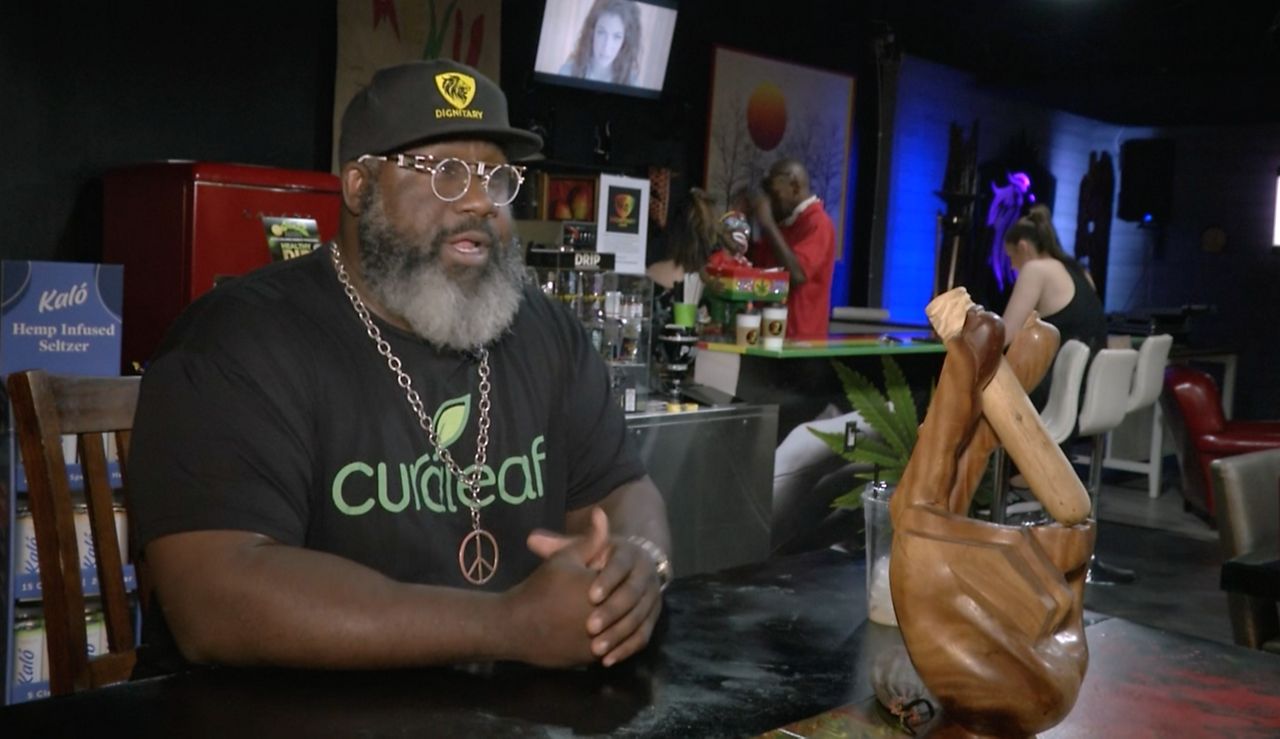 TAMPA, FL – Ian Beckles is best known for what he says.

The former Buc has plenty to talk about when it comes to Tampa sports, considering he’s called the area home for over three decades.

“Listen, when I got here ( on the Bucs) in 1990, we were not a good sports town,” said Beckles. “That’s not a debatable fact, we can’t debate that because we had the Bucs…and the Bucs. And we sucked. Now, you fast-forward to 2021, there’s very few better sports towns in the country.”

The 95.3 DAE host does more than just sports. He promotes a lifestyle. One way he does that is through his new venture – Dignitary Café in South Tampa.

“Dignitary means to me that when you walk into a room, you feel like something,” Beckles said. “It’s not a pretentious thing – you just walk into the room with a little bit of confidence. Whether you have money or don’t have money; have nice car, no nice car, it doesn’t matter.”

Beckles opened his café just a few weeks ago. It’s already become a prime spot to stop by for good coffee and good vibes.

“We have cool videos playing on the screens, we have incents burning. The person that might be stuck up may not like this place,” said Beckles, who enjoys meeting with customers.

It’s also become a hangout location for some influential people, including 102.5 The Bone’s Mike Calta. The Tampa radio icon sees the café as a clubhouse for adults.

“When you’re an adult it’s a weird position, you’re like ‘I want to make friends, but I don’t know where to go,’” said Calta.  “There aren’t that many places that aren’t centered solely around alcohol to do that. So, to have a place where you can come and have coffee and just chill out and it not be weird for adults, I can’t think of another place like that.”

Beckles isn’t just selling coffee. He has a Dignitary print shop and a sound studio for up-and-coming podcasters.

“That’s the type of person I am trying to help – the local hustler who is trying to get over, because I think that’s what I am as well,” said Beckles.

Ian Beckles is a South Tampa guy. He loves his community.  He hopes Dignitary Café can be a place where people can come in and do what they haven’t been able to for the last year – relax.

“I want people to come here, hang out – you may run into anybody – and have fun and have a good cup of coffee,” said Beckles.