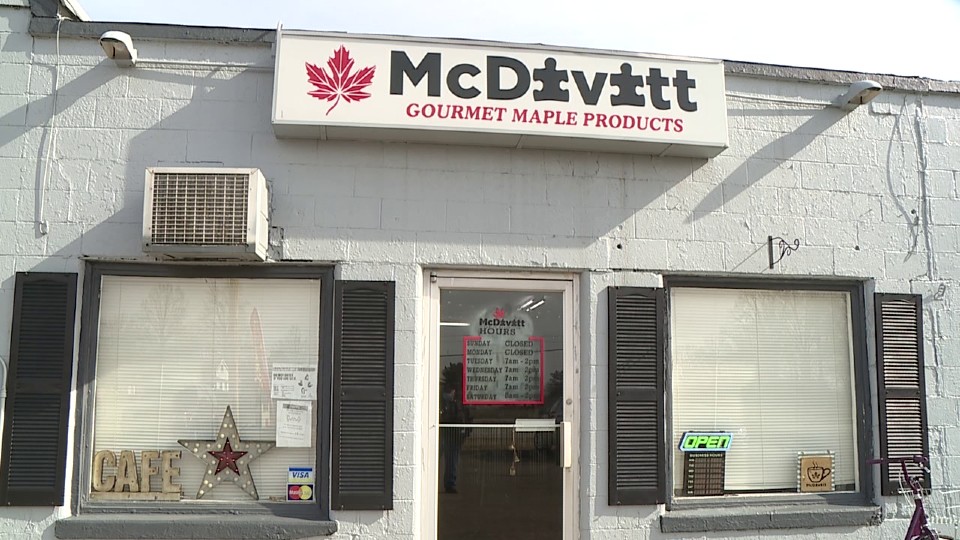 During the pandemic, the small shop on 422, where everything they sell is homemade and local, took off

SOUTHINGTON, Ohio (WKBN) – It has been a tough year for maple producers but one maple-based business in Trumbull County is booming despite the short season.

Trees budding — a sure sign of spring but also a signal to the end of maple syrup production, a season that was cut short this year.

“The ideal weather for making maple syrup is when it gets below freezing at night and above during the day. So ideally it would be 25 at night and 50 during the day and sunny, and it hasn’t been that way this year,” said Craig McDivitt, of McDivitt Family Maple.

Craig is a fourth-generation maple producer.

Because of a “hard freeze,” they started boiling sap at the family sugar house in Southington on March 1, when typically they’re able to begin production in the middle of February.

He says it takes about 50 gallons of sap to make a gallon of syrup.

“This year, we only made about 12 gallons,” Craig said.

But just down the road, the family’s café is booming.

“This has been the best year for our business,” said Stacy McDivitt.

Stacy took the family’s maple-making hobby and turned it into a business. She started small at farmers markets as a way to bring in extra income when their oldest son was diagnosed with autism.

She soon won a grant and invested in her own commercial kitchen. By the end of 2019, Stacy decided to turn it into a coffee shop with breakfast items.

During the pandemic, the small shop on 422, where everything they sell is homemade and local, took off.

“Just the right niche at the right time because we were a carry-out to begin with and then to offer everything that was homemade and offer the bread that was needed at the time, it just really brought people into us,” Stacy said.