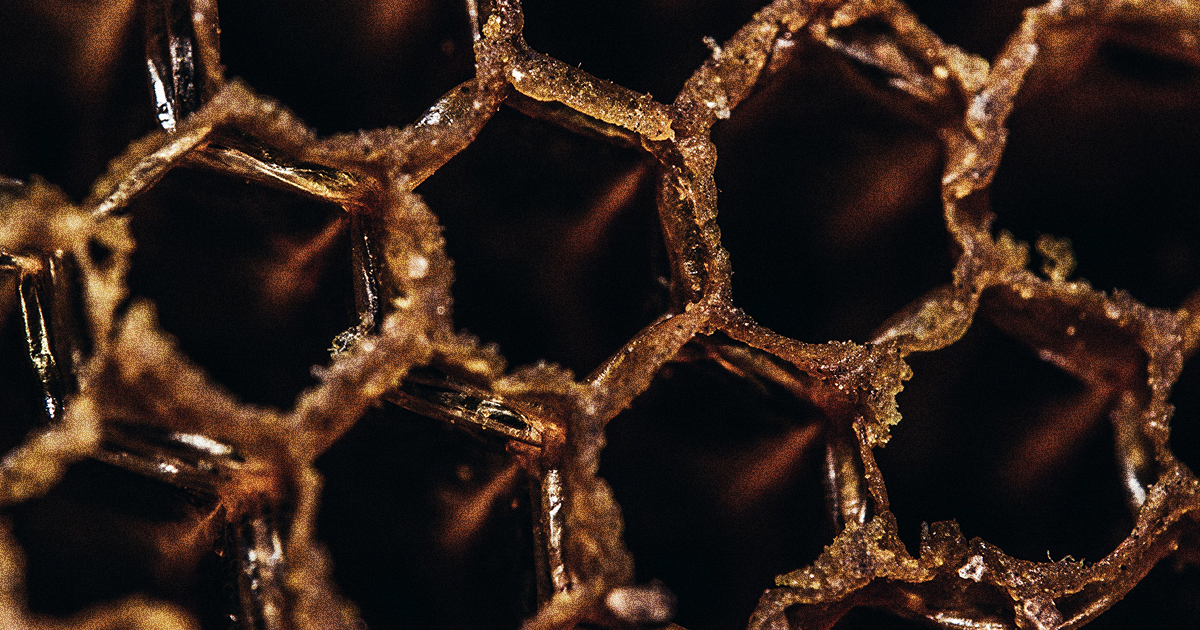 Fallout “is still out there and disguising itself as a major nutrient.”

Honey from the southeast United States comes with a little bit of extra seasoning: radioactive fallout from the military’s hundreds of aboveground nuclear bomb tests in the middle of the 20th century.

It turns out that plants can confuse radiocesium, a radioactive isotope given off by the nuclear blasts, for the nutrient potassium, Science Magazine reports, a biological mixup that keeps the contaminant moving around within ecosystems decades after exposure. Scientists from the College of William & Mary found shockingly high — but still safe, they say — radiocesium concentrations in various samples of honey, according to a study published in the journal Nature Communications last month.

“It’s really quite incredible,” Duke University soil scientist Daniel Richter, who didn’t work on the study, told Science. “[Fallout] is still out there and disguising itself as a major nutrient.”

Honey from various states along the east coast — the worst was from Florida — was still laced with radiocesium. Even the highest concentrations were still about 100 times lower than anything that would lead to food safety concerns, the FDA told Science, though Kaste suggests that honey was far more radioactive in the past, before the fallout had time to decay.

“I’m not worried at all,” Kaste told Science. “I eat more honey now than I did before I started the project. And I have kids, I feed them honey.”

Radioactive honey means, logically, that there are also radioactive bees somewhere out there. The radiocesium levels involved in the research are too low to cause any direct harm, but the researchers raise the possibility that bee populations could have suffered back when the radioactive fallout was more potent.

“They’re getting wiped out from pesticides,” University of Massachusetts Amherst biogeochemist Justin Richardson, who didn’t work on the study, told Science, “but there are other lesser-known toxic impacts from humans, like fallout, that can affect their survival.”

Again, all of the honey tested in the study was perfectly safe to eat, the researchers said, and it would be surprising to find any that exceeded those FDA limits. But it’s still worth probing how this fallout impacts ecosystems and either used to or continues to damage the environment.

More on nuclear fallout: Scientists Claim That Actually, Radiation Is Good for You

As a Futurism reader, we invite you join the Singularity Global Community, our parent company’s forum to discuss futuristic science & technology with like-minded people from all over the world. It’s free to join, sign up now!