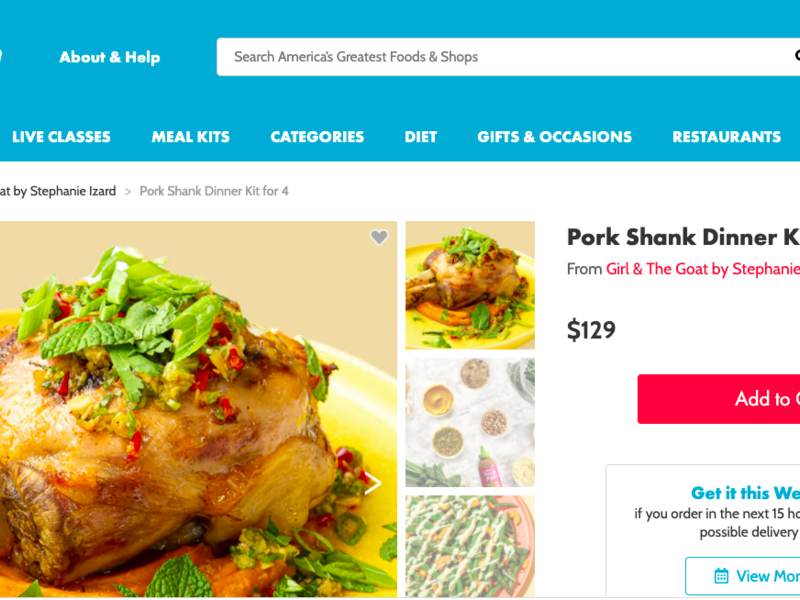 And just like that, fine-dining restaurants may have reached a solution to their greatest quandary: How to wring more revenue from the genius of their chefs. After all, a three-Michelin-starred restaurant can only  accommodate so many comers without losing quality and exclusivity — and the right to charge top dollar for a meal. Traditional brand extensions, from cookbooks to private catering, can top off the bread and butter with spoonfuls of jam. But there’s no getting away from the fragility of the business model.

As David Chang, the chef and entrepreneur behind the Momofuku chain, told me last fall, the restaurant business makes “more money for everyone else except restaurateurs — whether you’re a credit-card processor, or Google, or Yelp, or a reservation system, or a purveyor of beef, or a lawyer, or an accountant.”

Before the pandemic, Chang was among a handful of high-end restaurateurs experimenting with alternate revenue streams, including a high-concept food magazine and a collaboration with Chicago-based Kraft Heinz Co. on a line of sauces. The ultimate goal, he said was that “50% of Momofuku’s revenue had to come from outside the four walls of the restaurant.”

The lockdowns accelerated Chang’s development of ready-to-eat meals and forced him to range farther afield for business: Momofuku’s most celebrated dishes, like the signature pork buns, are now shipped across the U.S. Just sear the sliced pork belly for a few minutes and assemble the rest of the ingredients. A 12-pack goes for $119, shipping included. (Editor’s note: Totally worth it.)

Home kits can be far more elaborate — and expensive — than pork buns. During the Christmas-New Year holiday season, New York’s 11 Madison Park was offering a $475 multicourse duck feast for four. The restaurant struggled to meet demand; Inevitably, there was a waiting list.

Will customers still clamor for kits after we’ve all been vaccinated, and the best restaurants have reopened? Once we’ve returned to pre-Covid normalcy, those who can get a table at 11 Madison Park may well prefer to be served in its cavernous Art-Deco dining room rather than their own. But having invented, out of necessity, a new revenue stream to reach a much wider clientele, restaurants should not give it up when the good times roll around again.