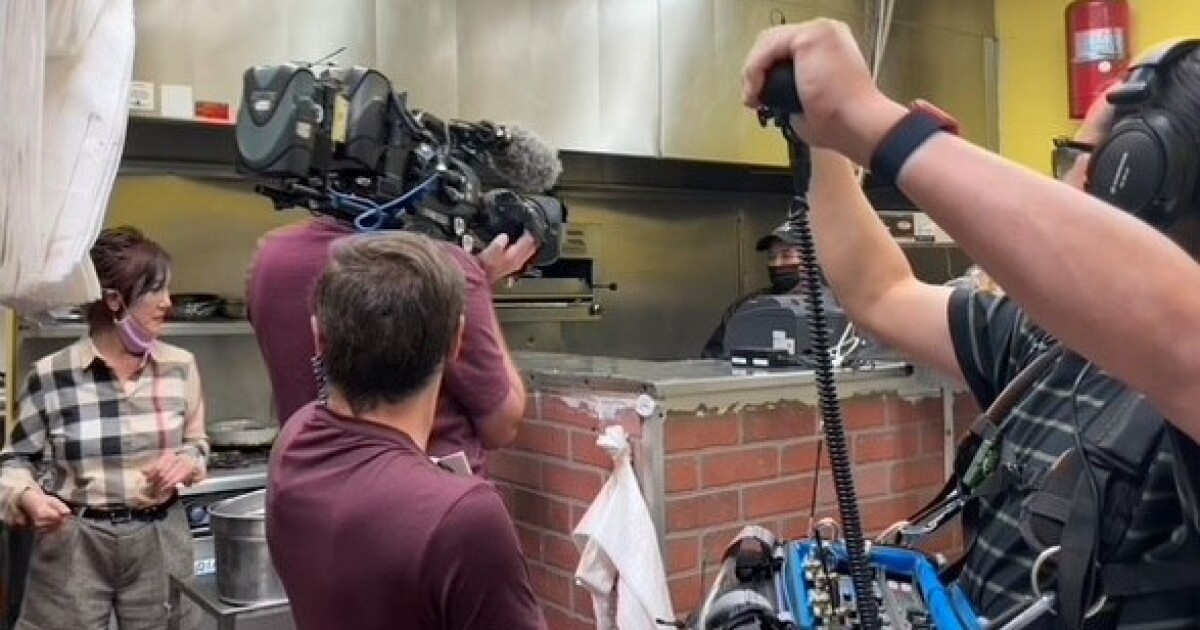 Back in April 2019, the Incredible Café restaurant in Rancho Bernardo went from a struggling operation to a huge success after it was featured in a makeover episode on the Food Network’s “Restaurant: Impossible” TV series.

“We had one of the best years we ever had after the show aired and we’d hoped to ride that momentum for a while. But it came to a pretty stark halt when the pandemic hit,” said Stephanie Sunwoo, whose mother, Liz Song, has owned the breakfast and lunch eatery since 1998.

Over the past year, the restaurant struggled by with just a handful of employees — Song’s family, a chef and a dishwasher — working together to fulfill a small number of takeout orders and, more recently, some onsite diners. But the family’s hopes are rising again after the “Restaurant: Impossible” crew returned with their cameras on Monday. The new episode — where chef/host Robert Irvine checks in with restaurants he’s revamped in past shows — should air in a few months.

“With Robert’s visit, we’re hoping that with the show, COVID restrictions easing, the vaccine and a decent summer when we always have the most visitors, we will be OK,” Sunwoo said.

Song immigrated to the U.S. from Korea with her parents, who ran a ‘50s style breakfast café in Leucadia in the 1970s and ‘80s. To re-create the family feel of her late father’s coffee shop, Song purchased the former Incredible Egg restaurant at11828 Rancho Bernardo Road 23 years ago and changed its name.

For many years, the Incredible Café thrived with a steady local following of Rancho Bernardo seniors. But it had fallen on hard times by the time Irvine and his design team showed up two years ago to revamp the menu and give the tired-looking space a $10,000 makeover.

In that TV episode, Irvine — whose wife, Gail, is Korean — said Song should liven up the all-American menu with some new dishes that celebrated her native heritage. Sunwoo said that Irvine’s pep talk gave her mom the confidence to experiment with the menu and some of its top-selling dishes now are Song’s Korean-inspired bulgogi burrito and kimchi-infused entrees.

During the pandemic, Song pared the staff down to just herself, her husband Don Hartman, her daughter Stephanie and two employees who have been there since 1998: chef Jose Sanchez and dishwasher Lupe Ruiz. During the first shutdown last spring, Song signed up Incredible Café for deliveries through UberEats and other third-party services, which kept the kitchen busy but ate up 30 percent of their profits.

Things have gotten slightly better since partial indoor dining resumed, but Sunwoo said a lot of the old “regulars” who dined there in years past have yet to return. The family hopes that the growing supply of vaccines and the upcoming TV appearance will give the restaurant one more fresh start.

“We’re still operating at loss but my mom feels it’s really important that she takes care of her staff, so she’s going to keep on going,” Sunwoo said.