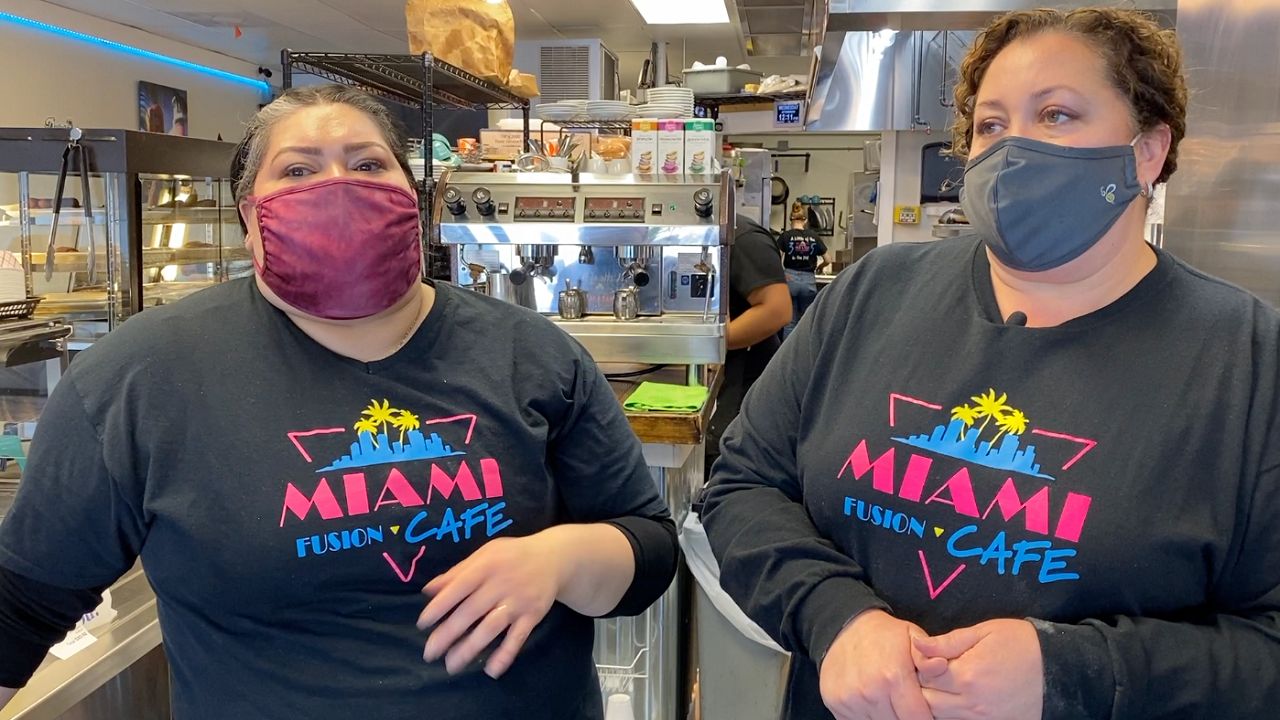 DENVER, N.C. — Carla Palacios and Damaris Gonzalez said they immediately connected after hearing each other’s Miami accent while working together in Charlotte.

Palacios’s family immigrated to Florida from Nicaragua and Gonzalez from Cuba.

They both love the taste of traditional Miami food, which combines flavors from their native countries.

When they moved to Charlotte, they said it was difficult to find that combination in a restaurant.

The women had become best friends and decided to venture into business together.

They came up with Miami Fusion Cafe.

Opening date was set for March of 2020, but then, of course, the pandemic hit, and it was pushed to June. Gonzalez said they stressed people would not come visit a new restaurant in the middle of a pandemic.

“One of the things I said to her was, ‘Do you think they’ll come? Haha, you think anybody is going to come here during the pandemic?'” Gonzalez says.

But since that opening day last summer, the cafe has been busy with customers looking for that traditional Miami flavor. Palacios says the number of Nicaraguan customers they have received surprised her.

“It’s really drawn out all the Nicaraguans, I didn’t think we had that many Nicaraguans as we do, but apparently there are,” Palacios says.

The women say owning a business is tough, and they get a bit overwhelmed at times, but are truly enjoying serving up that home-cooked dish that many have not found in a restaurant for years.