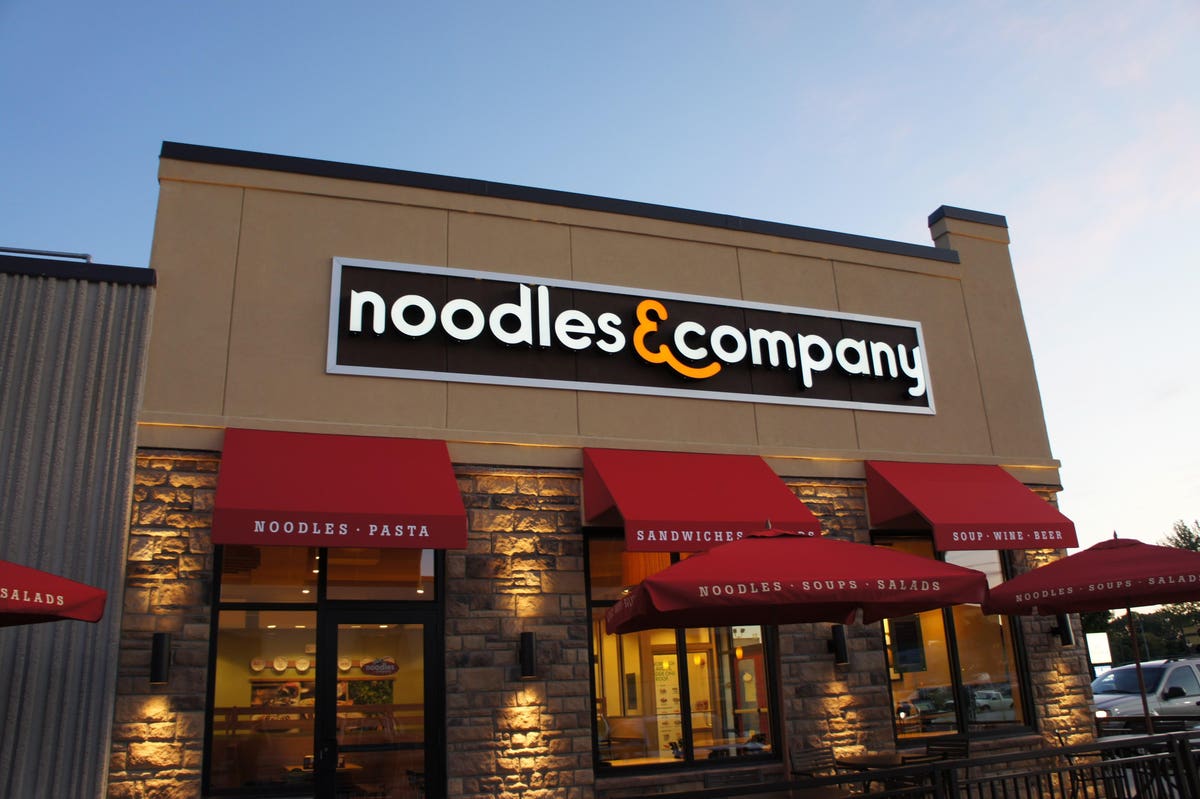 Noodles and Company, a public company (NASDAS: NDLS) with 454 locations including 76 franchised outlets, has learned to make adjustments in a difficult restaurant environment.

Like many restaurant chains, it has managed to survive the pandemic based on its take-out and delivery revenue since indoor dining was either prohibited or curtailed country-wide. In fact, prior to the pandemic, 60% of its revenue derived from off-premise sales.

Nonetheless, its fourth quarter earnings, announced on February 25, 2021, showed the effects of the pandemic and limited indoor seating. Its total revenue dipped 5.9% to $107.2 million from $113.9 million and comparable restaurant sales sagged 4.7% system-wide.

Its CEO Dave Boennighausen said it was “particularly hard hit in the second quarter of 2020 just as restrictions started hitting all of our restaurants.” Before the pandemic, 40% of its sales stemmed from indoor dining.

It has done a successful job of “increasing off-premises sales and tapping into the savvy demographic that has adapted to our digital platform to help combat loss of dining-in sales,” he said.

Prior to the pandemic, it derived about 30% of its sales digitally, which now account for 62% of its revenue, including third-party delivery.

It partners with Door Dash, Uber Eats and Grubhub and offers its own delivery platform through its Noodles app, cutting out the fees of its partners.

“Our food travels extremely well, and we have a variety of items that appeal to young families,” Boennighausen noted.

To adapt to the times, it also introduced ghost kitchens in Chicago and San Jose, a trend that many restaurant chains and independents are turning to. It’s designing smaller floor plans in its new outlets and emphasizing pick-up windows and drive-thrus.

In the future, he expects that about 70% of its orders will stem from drive-thrus.

Its stores used to average about 2,500 square feet, and now it’s finding that 1,600 to 1,800 square feet will suffice. “There’s not as much demand for dining in,” he said though he acknowledged that could return post-pandemic.

Much of its menu could be considered comfort food, which during a pandemic, resonates for consumers. Known for its pasta, salads and soups, its three most popular dishes are mac & cheese, penne rosa and pesto cavatappi.

It also customizes its meals so patrons can order what they want based on their own dietary needs.

Boennighausen acknowledged that during the anxious times of the pandemic, customers gravitate toward “food that makes them feel good.”

It’s based in Broomfield, Colorado, and the states with its largest number of locations include its home state, Illinois, Wisconsin, and Minnesota.

Unlike many restaurant chains which depend on franchise fees for steady revenue, its 2019 annual report revealed that 98.8% of its revenue derives from restaurant sales and only 1.2% from franchise fees and royalties.

Its CEO explained that many of its dishes are sautéed and aren’t easily replicable, like a burger franchise. Hence, its franchisees require more restaurant and operational experience, but it’s stepping up franchising and looking for franchisees who can handle multiple units.

Despite the pandemic, it managed to open four new company eateries in 2020. And it expects to open 10 new locations in 2021, most company-owned.

Boennighausen attributed the three keys to its future success as: 1) capitalizing on our people strength because that drives successful restaurants more than any other factor, 2) gaining momentum on the franchisee pipeline, 3) continued evolution of its digital and data platforms.