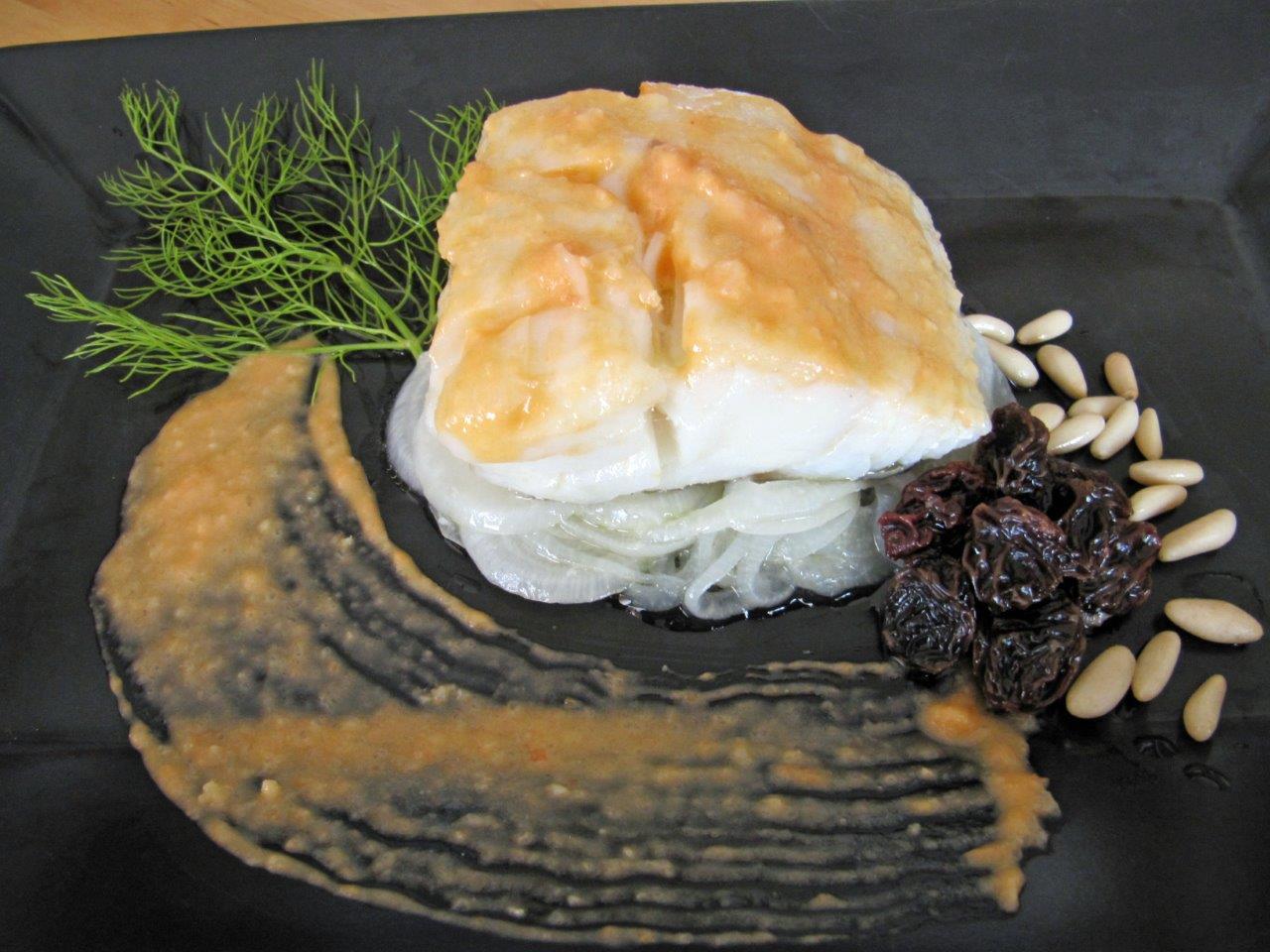 S pain’s most popular bacalao (salt cod) dish is ajoarriero, a speciality in Pamplona and a favourite dish of Ernest Hemingway during his visits to the city in the 1920s for the San Fermín bullfights, an event that became the main scenario of his novel The Sun Also Rises, known in some countries as Fiesta.

Although ajoarriero is a Navarra speciality, you’ll find variations all over the country: in my files I have more ajoarriero recipes than for any of the other bacalao dishes.

As I’ve said on many occasions, in Spanish regional cooking no dish I know of has a set recipe. This is more true of ajoarriero than any other bacalao dish. Every time I talk to someone about ajoarriero or read about it, I get the impression there are as many recipes as people who make the dish.

The basic recipe is simple enough. Shredded desalted bacalao is sautéed in olive oil with garlic (the ‘ajo’ part of the name means garlic), tomatoes, paprika (hot or sweet) and red peppers.

To that simple recipe cooks throughout Spain add sliced potatoes, beaten eggs or cream. Other additions can be dried red peppers, onions, breadcrumbs, homemade tomato sauce, hard-boiled eggs and fresh herbs such as parsley, dill or basil. Some cooks took the dish up-market by including gambas, lobster or crab, which added a new dimension.

Although ajoarriero dates from a couple of hundred years ago, the addition of shellfish is relatively recent.

The earliest written mention of ajoarriero with lobster, is in a book called La Cocina Navarra which was published in 1930. Oldtimers say lobster was first added to ajoarriero when a restaurant cook had a lobster that was going to go unsold, so he cooked it up with the ajoarriero, hoping that the salt cod dish with its garlic and paprika would cover up any tell-tale signs of a less than fully fresh lobster.

Rafael Garcia Santos, a Basque who is one of Spain’s best ever food writers, wrote in one of his columns that he was in restaurant to get some recipes for a book he was writing. At one point, the owner told his young son to take out the two lobsters in the fridge, make an ajoarriero, mix in the sliced up lobster and put it on the blackboard as the dish of the day.

Ajoarriero differs from the other famous salt cod dishes in that the flesh of the fish is shredded. Most of the classic bacalao dishes in the Basque Country and Catalonia (where the best bacalao dishes are found) call for thick or thinnish slices of bacalao.

But there are some professional cooks in Navarra who cut the desalted cod into extremely thin slices instead of shredding it. Rafael Garcia Santos praises a couple of restaurants for doing this because it gives the bacalao a more dominant role — the slices are there to be seen as well as eaten. Many of the ajoarriero dishes lack eye appeal because the slivers of salt cod get lost among the other ingredients.

When Hemingway was in Pamplona for the San Fermín fiesta bullfights he always ate ajoarriero at Casa Marceliano, but it was never a simple basic version.

The owner of this restaurant, Matías Anoz, made his ajoarriero with gambas, crabs and wild mushrooms, plus generous amounts of oregano, marjoram, cumin and bayleaf.

It was no accident, and certainly not a culinary whim, that an ajoarriero calls for shredded bacalao. It was an improvisation brought about by sheer necessity.

We have already seen that the prefix of ajoarriero means garlic. The arriero suffix is an old Castilian word meaning mule driver, a man who drove a mule or train of mules in the days before the combustion engine. 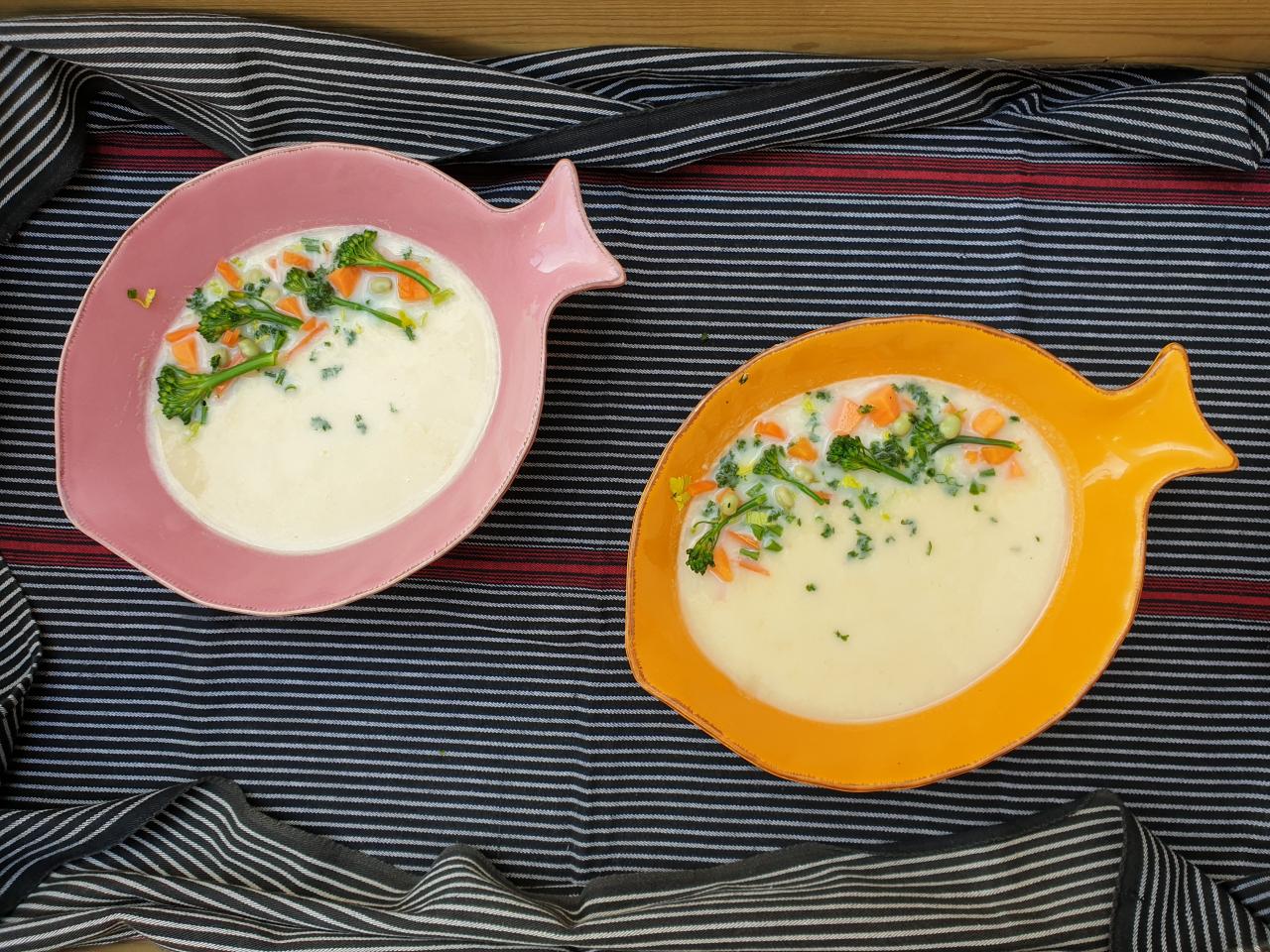 Those were the days when goods and people were moved around the country by mule drawn cart or carriage, sometimes on the most rudimentary of roads.

Drivers on their own or with a group of passengers had to be fed and, sometimes, put up for the night. So along the main highways there were hostals and taverns where drivers and travellers could eat while the mules were fed and rested.

Travel at that time was not so well organised as it is today and innkeepers never knew when an arriero — on his own or with a group of passengers — would stop for a meal.

Those were the days before refrigeration of any kind, and the innkeeper’s cook could never have much of a menu ready for casual customers. Those who showed up for impromptu meals had to take pot luck. More often than not that meant a meal based on ham and other charcuterie.

One item that was always available, even in the remotest of areas and at all times of the year, was bacalao. Salt cod was a great standby in those days for cooks everywhere, because it was cheap and was always at hand.

It had to be pre-soaked for at least 24 hours, although that wasn’t a problem for most cooks. But at taverns and hostals bacalao wasn’t a solution for feeding unexpected travellers.

These cooks could only desalt the amount of bacalao they would need for general everyday use. When bacalao has been desalted and reconstituted, it is as prone to putrefaction as fresh fish. On a hot day anywhere in Spain, desalted cod had to be eaten as soon as possible.

So the cooks at these taverns started to think of ways to cook bacalao without any pre-soaking — and they came up with an idea that led to a dish they called ajoarriero.

They discovered that by heating a slab of bacalao over a fire, the oil and gelatin in the flesh started to run, thus providing lubrication that made the bacalao pliable enough for the skin and some of the bones to be removed. 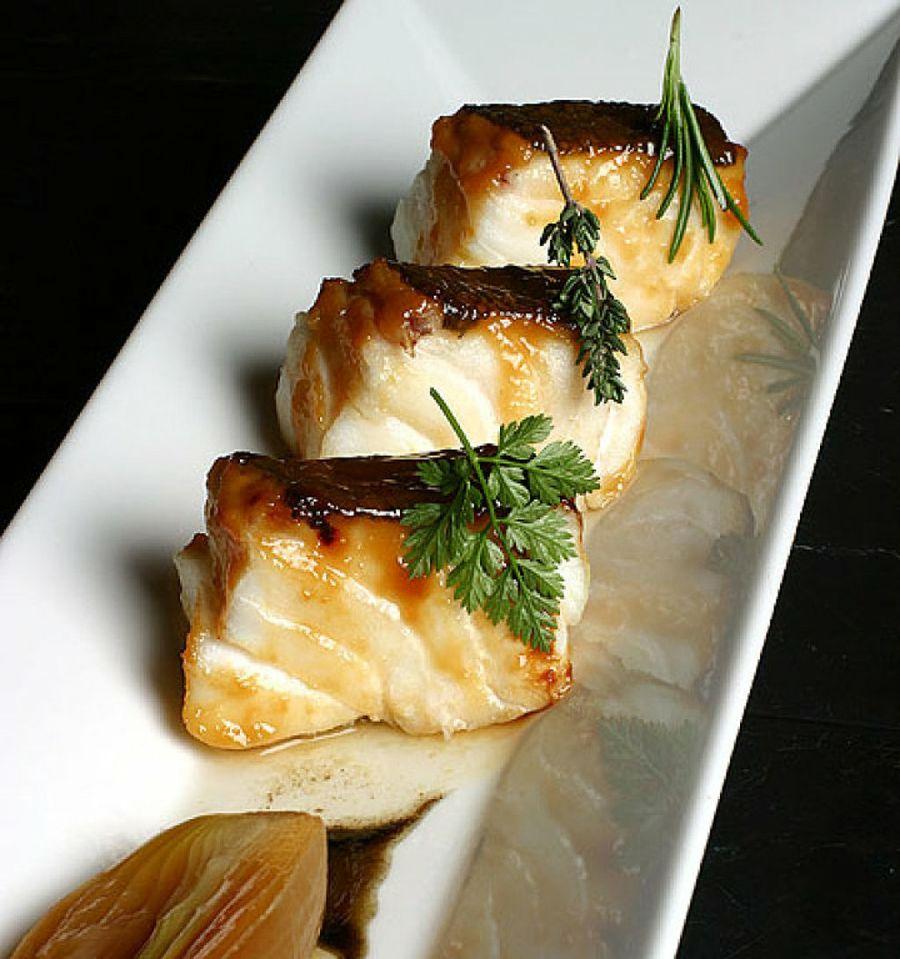 They then washed the bacalao thoroughly to get rid of surface salt — but there were still huge amounts of invisible salt in the fibres of the bacalao flesh.

Then came the process that is a hallmark of an ajoarriero: they pulled apart the bacalao flesh with their fingers. This allowed them to give the bacalao a more rigorous salt-cleansing.

This old method of quickly desalting bacalao is still recommended in some cookbooks and is still used by a few Spanish housewives who are new to bacalao cooking. But it has one big disadvantage: it simply doesn’t work.

The flesh of newly-caught bacalao has to absorb incredible amounts of salt to get rid of most of its moisture. That’s why a suprême or any other cut of bacalao is soaked in water for 3-4 days without changing the water.

This allows the flesh to regain the pliancy it had when it was fresh. It is then soaked for two or three days, changing the water three times a day, to get rid of the salt.

Only then it is the bacalao ready to be made into an ajoarriero or any other kind of bacalao dish.

On two occasions I’ve had bacalao done by the quick method, once in a restaurant and once at a friend’s home. His wife had just discovered the ‘instant’ desalting in a cookbook by a renowned Spanish food writer, and thought it was a wonderful idea.

But on both occasions the bacalao was so salty it was totally inedible. The restaurant cook should have known this desalting method was absolutely no good, and my friend’s wife learned that there’s only one way to desalt bacalao.