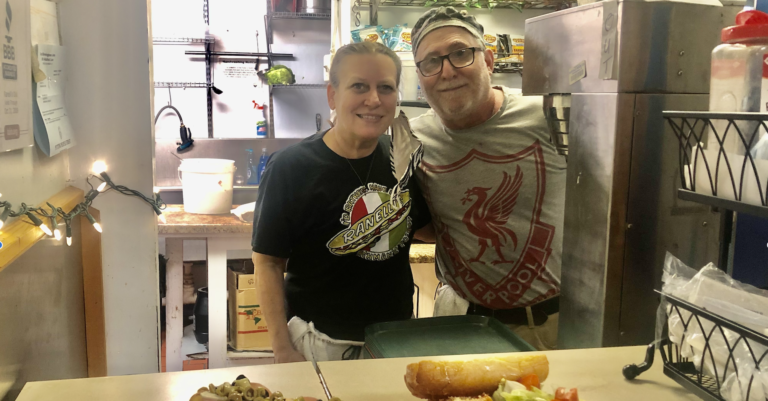 Ranelli’s Deli and Cafe, one of Birmingham Southside’s most treasured eateries, celebrated its 50th anniversary this month.

Named the best deli in Alabama by the Food Network in 2020, Ranelli’s is more than a neighborhood deli. It’s family.

“We’ve had great support from our customers. They’re almost like our family, our second family. We’ve seen the generations come – from the grandfather to the father to the son, over and over.”

Famous for the Richman Po Boy and Lasagna Days on Thursdays, the food hasn’t changed much at all for five decades according to Ranelli.

“We’re adamant about keeping our products, the same as it was when we first opened, and I believe that’s been part of our success.  We have people that have been coming in here for 50 years and they say– it still tastes the same as it did when I first came in.”

Rick and Sarah Ranelli run the deli all by themselves, so they are not sure what is going to happen when they decide to retire. They don’t have children and most of their nephews and nieces are smarter than to go into the business, Rick told me with a laugh.

“They know how hard we work at it!”

He did turn serious and concluded  our interview with a tribute to his father and mother who started the business 50 years ago.

“It is so worthwhile. I tell people it’s not so much about the living these days as it is preserving my father and mother’s legacy on the wall – to have their name on the wall. That’s what makes it all worthwhile. When somebody comes in and tells us that it was really delicious. That’s what we always set out to do. Make a good product at a reasonable price. It’s been successful.”

Yes, Rick and Sarah – it has been worthwhile.  Happy 50th Anniversary Ranelli’s on behalf of a very grateful community.