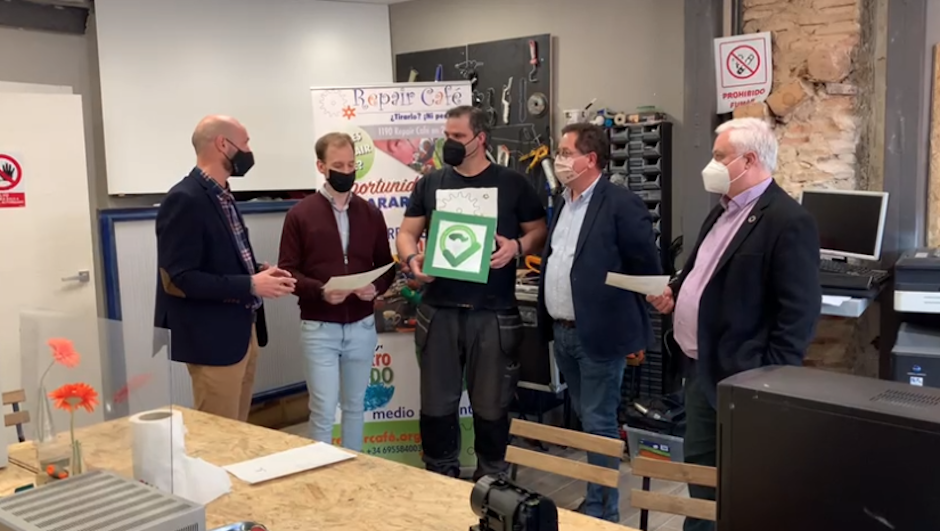 The regional Office of Environment and Sustainable Development of Castilla-La Mancha, Spain, has awarded the non-profit association Emerge Toledo, for the good consumer practices of its project “Repair Café Toledo” project since 2017.

The director of Repair Café Toledo, Carlos Fumero, received the badge from José Luis Escudero Palomo, Counselor of sustainable development, who highlighted the work of the project in favor of a consumption model that respects the environment.

Fumero, told Spanish news website Protestante Digital that the coffee project, which started in 2017, “is a movement that began in the Netherlands and today includes over 2,000 stores around the world. Repair Café Toledo is one of the first to be opened in Spain”.

“Today it has become especially relevant in the city, due to its innovative nature in the promotion of environmental social awareness and the volunteer work as an engine of change and social collaboration. This has had an impact on the local, regional and national media”, explained Fumero.

Since then, the project has consolidated by maintaining “a constant and growing activity since its inception, which leads to collaborations with big companies of the sector in Toledo, like Leroy Merlin, which has helped and promotedi the project with its resources”.

The aim of Repair Café is “to combat consumerism, promoting the repair of everyday and household objects. To do this, we rely on the knowledge, skills and time of people, who selflessly share this same concern to preserve the environment”.

“We give second chances, as our motto says, to objects that, due to programmed obsolescence or use, have become useless”. Furthermore, they “encourage the reusing, raise awareness about reducing waste and empower users with practical knowledge that is shared and transmitted among the volunteers”.

Although during the first months of the pandemic they had to close their doors, the activity was resumed after the confinement, respecting the capacity limits and taking all precautions. Users can contact the entity through its website and social media.

Receiving this recognition from the regional government is a boost for the project, “especially after maintaining the project, despite the difficulties caused by Covid. We are grateful for the economic aid that has been granted to us, which will allow us to cover the cost of renting the building, and continuing our work”. 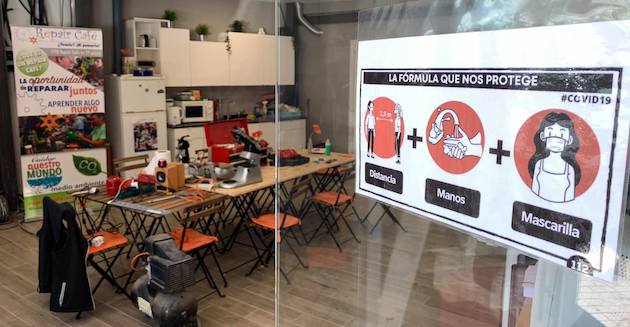 The activity was resumed after the confinement. / Facebook Repair Café Toledo.

Fumero is a commited Christian and believes that this project also reflects the character of the God of the Bible. “We deeply believe that we have a ‘God of Second Chances’, and the message that we convey to society, allowing the broken to be repaired, is the essence of the message of Jesus, when he came to fix the broken”.

“Our Christian values ​​are fully aligned with those outlined by the 2030 environment Agenda, and we believe that this project is a useful tool to be relevant in the service of our society, always seeking the restoration of all things, from the most basic to the most transcendental”, he concluded.