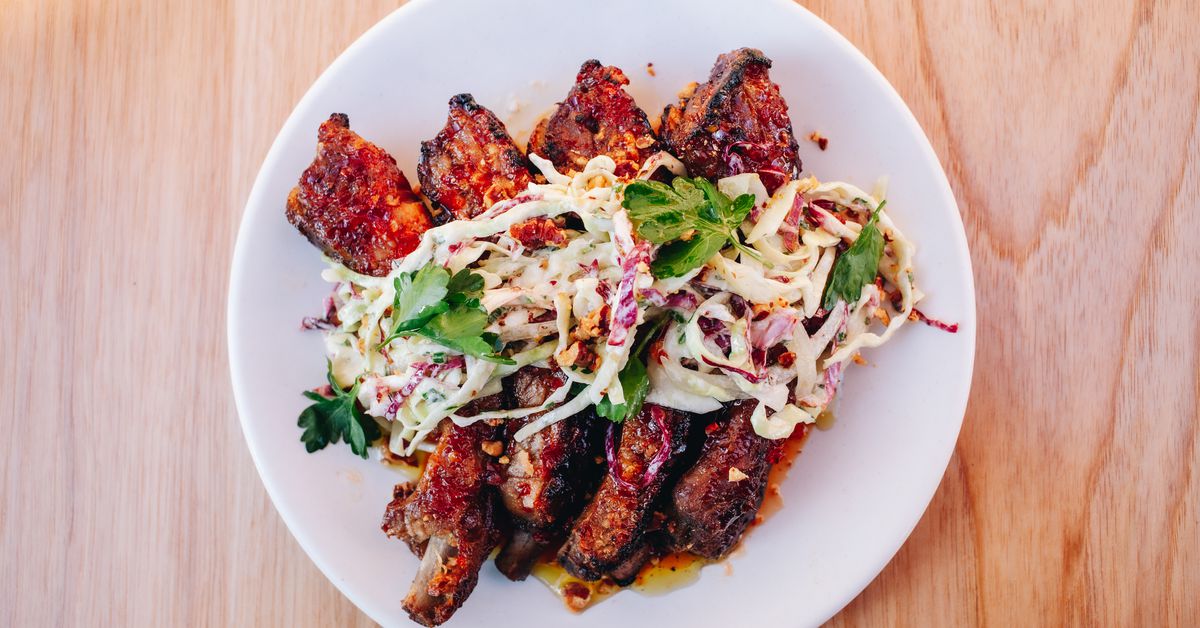 The mood is decidedly different this spring compared to last year when the restaurant industry had little idea what to expect from the remainder of 2020. No one had a realistic understanding of COVID-19’s impact with many believing the disease would cause only a brief interruption. But weeks turned to months and restauranteurs began to realize their plans for 2020 were far from concrete.

Beyond daily operations, bank accounts dried up and some projects were cancelled. Many restaurants closed and mass layoffs sent workers racing to file unemployment claims. Openings were pushed back with the future of many upcoming venues left in limbo.

But spring, thanks to declining transmissions and multiple vaccines, has restored some confidence with April looking to be one of the biggest months for Chicago restaurants since 2019. That hope comes with caution as diners and bar patrons have a responsibility to follow safety rules. If they don’t, the dreams of 2021 will once more get pushed back indefinitely. Still, pragmatism can rest for a bit after a bitter February. Brighter days are ahead for Chicago. These are the most anticipated opening of the spring.

The restaurants are listed alphabetically.

Pilsen Yards has become a smash hit in Pilsen, as the Abu Taleb family (Pizza Capri, Maya Del Sol), have created a fun patio space with heated floors. Within the restaurant, there are plans for a speakeasy-style bar called the Alderman. It’s an intimate area with a16-seat bar that doesn’t want to be pretentious. It’s more of a neighborhood style version of the Aviary, a place to celebrate a milestone date or anniversary without music drowning out conversation. The hope is to open in early April with limited capacity.

It’s been quite a journey of Zubair Mohajir, the chef behind Wazwan Supper Club, an Indian fine dining pop-up that evolved to a food stall inside Politan Row food hall in West Loop. Mohajir, who in 2018 spent four months working in Bangkok at Gaggan — one of the world’s best Indian restaurants — turned to casual food like halal fried chicken sandwiches and burgers. He built up quite a following, but he never lost focus on his love of fine dining. So in late April or early May, he’s planning to open Aman — an ode to his grandmother and their family home in Chennai in eastern India. It’s an all-day restaurant with a heavy dose of South Indian flavors without being traditional. Aman will feature a tasting menu at night, but a casual vibe by day: “I want this to be one of the best restaurant in Chicago, and it just happens to be halal,” Mohajir says.

Stephen Gillanders is best known for S.K.Y., his Pilsen restaurant which has seamlessly mixed Asian and European influences within a hip and relaxed atmosphere. Gillanders is stretching his legs in South Loop with Apolonia. This is the chef’s spin on European-Mediterranean cuisine, a tribute to his grandmother on his Scottish side. After COVID-19 delays, the plates arrived earlier this month and Gillanders says they’re shooting for an April opening.

Avli has quickly made itself a household name for Chicagoans wanting a contemporary take on Greek food. Avli Taverna in Lincoln Park begot a larger location in River North. Now chef Louie Alexakis and sportscaster Lou Canellis are opening a third location near Millennium Park. Avli on the Park will have a unique menu, as they’ve hired a new chef, Nikolaos Kapernaros (Hyatt Regency Chicago and Grand Resort Lagonissi in Athens). This 13,000-square-foot restaurant should open in late April.

One of Chicago’s premier beer shops, Bitter Pops, moved to a larger space in February — taking over the former Bareburger. While the retail portion of the space is fully stocked with craft favorites and rare releases, there is a restaurant portion left behind by the previous tenant. The makings for a great neighborhood bar remain, augmented by Bitter Pops’ beer prowess. They’ve kept the food selection under wraps for now, but as more and more customers become vaccinated, they’ll need places like Bitter Pops to relax and catch up with friends. The restaurant portion could open in late April or by mid-May.

Dom’s Market and Kitchen will have a small gourmet grocer space, as “Dom’s” is reference to Dominick’s Finer Foods. That’s the Chicago grocer chain that rivaled Jewel before Mariano’s took over most of Dominick’s spaces. Speaking of Mariano’s, Dom’s is the brainchild of Bob Mariano, the founder of that chain (he’s no longer involved after selling his stake). Dom’s will feature food hall-style counters serving up breakfast, lunch, and dinner from all over the world. Look for a late spring opening.

Construction started about a month ago on the quiet Lincoln Park block that will house Esme, the first solo effort from former Next chef Jenner Tomaska and restaurant marketing pro Katrina Bravo. The husband-and-wife team intend to open a neighborhood restaurant where people could connect at art showings (they’re working with local artist Paul Octavious) and with upscale fare that won’t break the bank. They’re planning for a late spring opening. Tomaska is still quiet about the restaurant’s menu.

Ravinia Brewing has had its own journey trying to find a Chicago location. A Highland Park taproom has generated followers, but the company hasn’t had luck in securing a city space. They announced the opening of this Logan Square location back in 2019, and the team say they will be finally ready to welcome customers this spring. The food is simple: street tacos. They’ve also managed to find a bar in New Berlin, Wisconsin that they’ve brought back and installed in their Logan Square space. The bar’s true origins date back to 1910 when it was supposedly used at a tavern in Lincoln Park near the corner of Halsted and Diversey.

Chef Joe Flamm, a South Side native and Top Chef season 15 winner, is hard at work on Rose Mary. Leaning on his experience at Spiaggia, Flamm will still be making pasta for his menu which will be a cross of Italian and Croatian cuisine. The theme is “Adriatic drinking food” and Flamm’s still finalizing his menu. Dishes could include roasted clams with ramp butter and breadcrumbs, pork ribs Pampanella (Calabrian chili glaze and yogurt-based slaw made from cabbage, radicchio, and pickles); Spinach Caramelle stuffed with parmesan fundido and topped with brown butter and truffle; and whole branzino with a fennel paprika sauce. Flamm and his team at Sancerre (BLVD) hope for a mid-April opening.

Address: 2456 N. California Avenue, in the basement of Testaccio in Logan Square

Testaccio opened in 2020, but the Roman-inspired small plate spot didn’t get to spread its wings due to the pandemic. Owner Aldo Zaninotto (Osteria Langhe) has a background selling wines and retains those connections. He had big plans for the basement space that was once home to a dazzling number of mezcal when Todos Santos was operating. Zaninotto now plans on serving Italian and French wines, transforming the space into Soif Wine Lounge. Look for a more elegant room with booths and ambient lighting. Natural wines, grower champagnes, cocktails and small plates will be available downstairs this spring,

Chef Donald Young (WoodWind, Temporis) is eager to get back to French cooking at Venteux, the restaurant replacing Free Rein in the ground floor space belonging to the rebranded Pendry Hotel. Find classic dishes like Dover Sole Meunière and braised short rib. Young also is making a banh mi with short rib and using duck liver mousse in place of mayo. They’re looking at a May opening.

The robot invasion is still on its way, Chicago. The Roosevelt Collection hopes to see the X Pot, a pan-Asian restaurant with robotic servers, open in early May. The concept is a port over of a popular Las Vegas restaurant. The restaurant relies on the dining room experience, so it might be a while before ownership is comfortable with swinging doors open in this tumultuous environment.