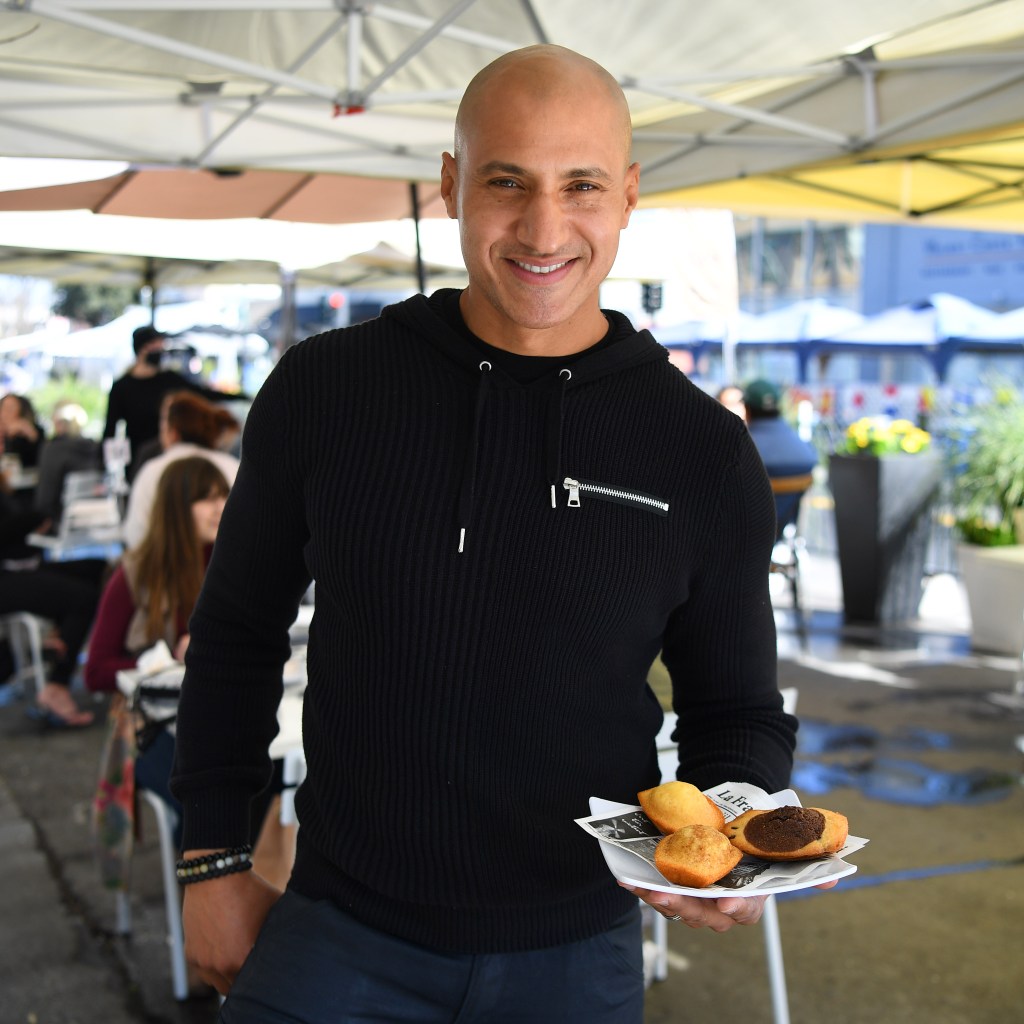 How does a personal trainer end up running one of the most popular new cafes in the East Bay? Sam Kheriji, owner of Walnut Creek’s Brioche de Paris, blames his cousin.

After playing professional soccer for six years in his native Tunisia, Kheriji moved to the United States in 2000 and landed a job training athletes at an elite San Francisco gyms. In 2018, he was showing his cousin, Walid Ben Ameur, around the city, and all Ameur could do was complain about the lack of cozy French-style cafes.

Somehow, he talked Kheriji into starting one together in 2019. A year and a half later, the rustic-chic bakery and cafe has lines out the door for its from-scratch-daily seasonal quiches, moist almond croissants, chocolate financiers and tarte au citron. And the recent return to partial indoor dining means guests can once again sit down, sip Peerless Coffee and slice into housemade crepes while humming along to “Les Champs-Elysees.”

Now Kheriji is dishing on Brioche and its pandemic silver linings, which include very generous customers and a new cafe, Crêpe la Fontaine, coming to The Veranda in Concord.

Q. Brioche opened just five months before the pandemic arrived. How has the cafe fared?

A. Last March and April were the worst. We got hit like everybody else. But we stayed busy feeding first responders and keeping Kaiser nurses going with coffee and pastries. They’re now some of our best customers. I never compromised the quality of my food. If you mess with the quality, you change the identity.

Q. You have some amazing customers. Can you share a few stories?

A. I could not be more grateful to our community. One afternoon early in the pandemic, it was dead and the pastry case was full. A customer walked in and bought everything. He came to get something to eat but also just to give us money. All of the beautiful plants in our parklet were paid for by a customer, who hired a professional gardener to do it. The same lady is paying servers to come and work at my cafe Fridays to Sundays when it’s busy. I’m baffled and blessed.

Q. With the French ambiance, that parklet is a stand-out in Walnut Creek. Is it here to stay?

A. I hope so. People love being outside and listening to French music and having something delicious to eat. The city is saying they’re going to extend it until the end of the year, but if they don’t, we’ll be renting a few parking spots and creating a parklet that way.

Q. What can you tell us about your new spot, Crêpe la Fontaine?

A. It will mainly be focused on crepes, waffles and breakfast sandwiches, with a few pastries. We’re introducing new types of crepes. We’re going to do a spaghetti crepe, for instance. And the design and the ingredients of the sweet crepes will be different than what the U.S. is used to.

Q. What are your plans moving forward?

A. Our goal is to open a new location every eight months. We’re bringing in pastry chefs from all over France. There is one in particular that a few French bakeries in San Francisco are also trying to get, so I can’t say the name. Hopefully in the next three months, we will be able to open a lab in the East Bay where the chefs can test out cakes and tarts and move into catering. I couldn’t be more excited for this next project and adventure.