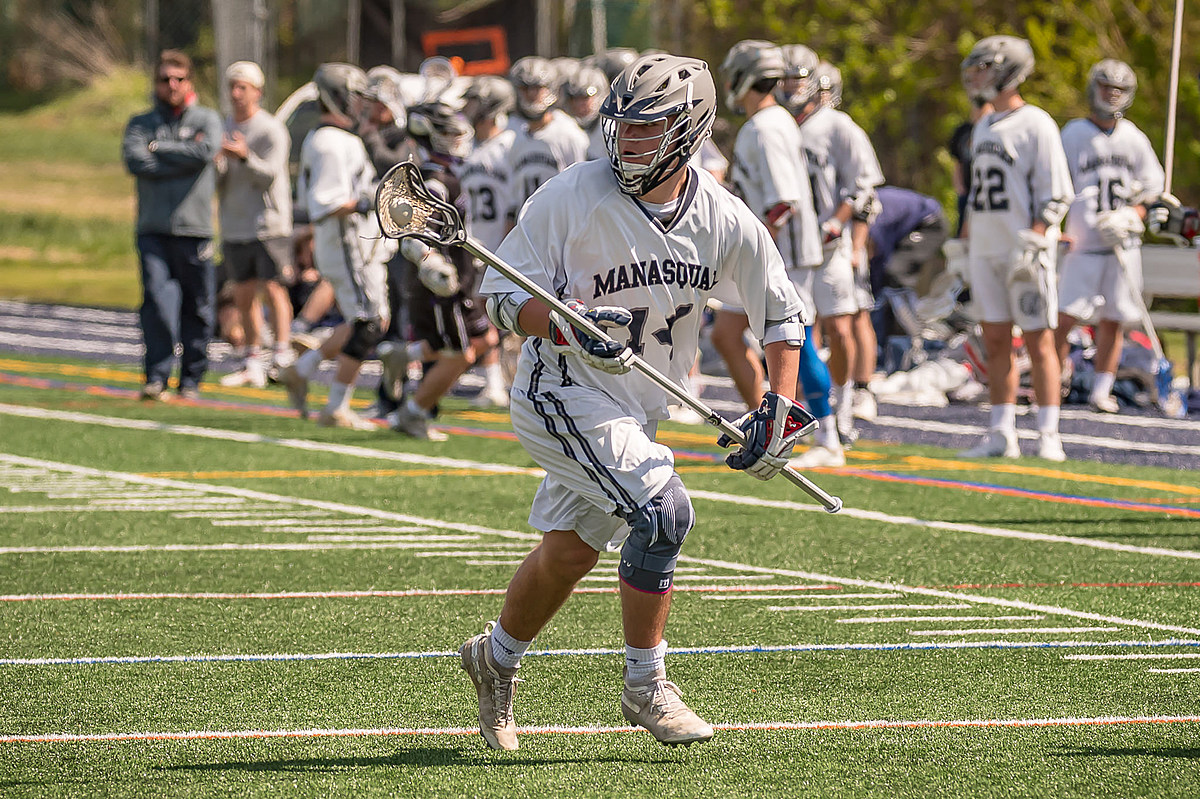 The goal scorers and point producers garner the most attention in high school lacrosse, but without a solid defense, a team is going to be all style and no substance. These are the players assigned to shut down those prolific attackmen and midfielders on the other side and whose importance is magnified in the biggest, most important games.

Shore Conference Defensemen to Watch in 2021

As a sophomore, Bianchi had 64 ground balls and returns as the leader of Ocean’s defensive unit. He was an honorable mention all-Class B North selection in 2019.

Bilello will hit the field as a Colgate commit and comprise on fourth of Manasquan’s impressive defensive unit.

Clarke is the most experienced returner on the Patriots’ roster and will anchor their defense. He picked up 70 ground balls as a sophomore.

A standout as a sophomore for a Middletown South team that finished No. 8 in the Shore, Colacichi earned high praise from head coach Sal Guastella, who lauded his speed, endurance, footwork, field knowledge, stick stills and leadership. He was a third-team All-Shore selection last season.

The Bellarmine commit started as a freshman and should be one of the top defensemen in the Shore this season. Also a standout fullback and defensive end for Southern’s football team, he gives the Rams a physical and athletic presence in their close defense.

The Rebels’ LSM, Deberghes picked up 21 ground balls as a sophomore and also had a goal and an assist. Now a senior, he leads the way for the Rebels’ defense and could emerge as one of the Shore’s top defenders. He was an all-Class A North selection in 2019.

Farrell will be entering his fourth year as a starting defenseman and is one of the few returning starters a Warriors’ 2019 team that won the Shore Conference Tournament and reached the Group 1 final. Manasquan has plenty of talent but lacks varsity experience and Farrell, who is signed to play at Richmond, brings both talent and experience to the table.

Farinacci saw playing time as a sophomore on Manasquan’s Shore Conference Tournament championship and Group 1 finalist squad and brings versatility to the Warriors’ defensive unit. The Babson commit will start at LSM but is capable of sliding down to close defense and also playing a key role on the man-down unit.

A second-team Class B South selection as a sophomore when he picked up 59 ground balls, Frawley is Point Boro’s defensive captain. The 6-foot, 220-pound football and wrestling standout gives the Panthers a sturdy presence in the back end. He will play football at The College of New Jersey.

Graham saw a lot of playing time as a sophomore when CBA reached the Shore Conference Tournament final. The Muhlenberg commit will step in as a starter this season for a Colts team that is always among the best defensive units in the Shore.

Hille is committed to Hood College and will be entering his third year as a defensive starter for the Rams. His versatility as Southern’s LSM is a great complement for a team that is strong in goal, on defense and in the midfield.

If its season-opening win over Chatham is any indication, Rumson will once again be one of the state’s best teams and a state championship contender. Joyce, who is committed to Kenyon College, will be one of the Bulldogs’ defensive stalwarts.

LeBlanc saw the field sparingly as a freshman thanks to the Warriors’ outstanding and veteran defense but it won’t be long before the future Loyola Greyhound enters the conversation as one of the Shore’s best defenders.

The Lions senior picked up 41 ground balls and caused 10 turnovers as a sophomore and will lead the way on defense for Liberty.

An honorable mention all-Class A North selection as a sophomore, Miranda is Middletown North’s LSM and the Lions will rely on his versatility for success in 2021.

The 6-foot-4 three-sport athlete (football, hockey) patrols the field as the Bucs’ long-stick midfielder and is one of the top returning defenders in the Shore. He is committed to Jacksonville.

Quinn saw playing time as a sophomore on CBA’s team that won the Class A North division title and reached the Shore Conference Tournament final. He is now committed to Marist and helps give the Colts a standout defensive core with fellow pole Cooper Graham and goalie Noah D’Andrea.

Rankin collected 48 ground balls, 20 takeaways and two assists in 2019 to help the Jaguars go 11-5 and returns as a top defender.

Known for his talents on the gridiron as the 2020 Shore Sports Network Defensive Player of the Year, Sasso will also anchor the defense for a Crimson Knights’ squad that projects as a top-five team in the Shore this season.